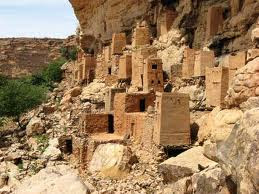 From my book, The Blue Man (Lonely Planet Journeys)